In the following sections we will explain what are raw private keys, private key JSON files, and secret passphrases, which are all expressions of private and public keys, or blockchain addresses. 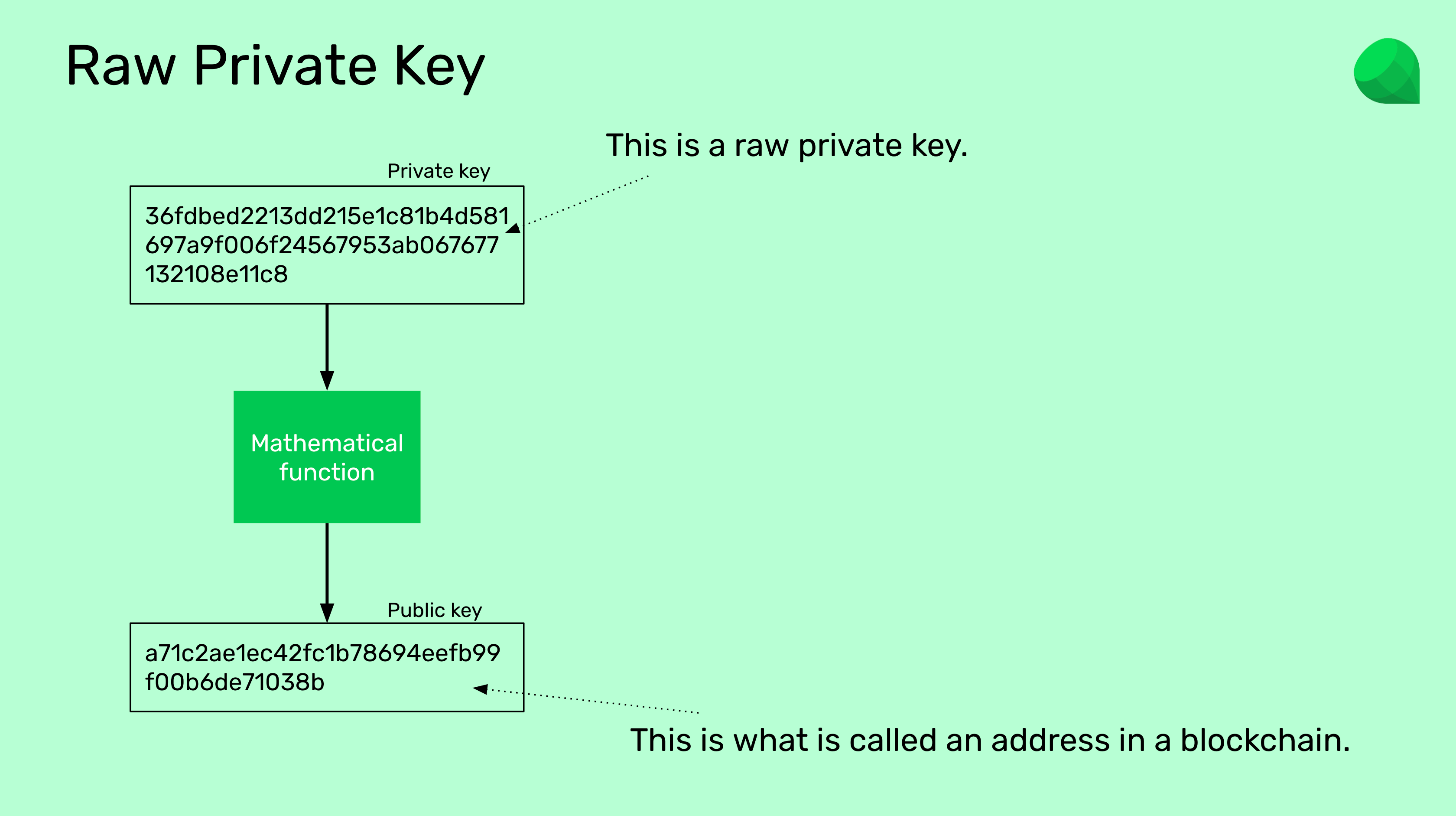 As we explained in our previous class, private and public key cryptography passes a large number, the private key which must remain secret, through a one-way cryptographic function that creates a public key, which is known as an address on a blockchain, and even if the address is known to others, it is practically impossible to figure out the secret key from it.

The large number that is used as the private key is what is known as a raw private key. 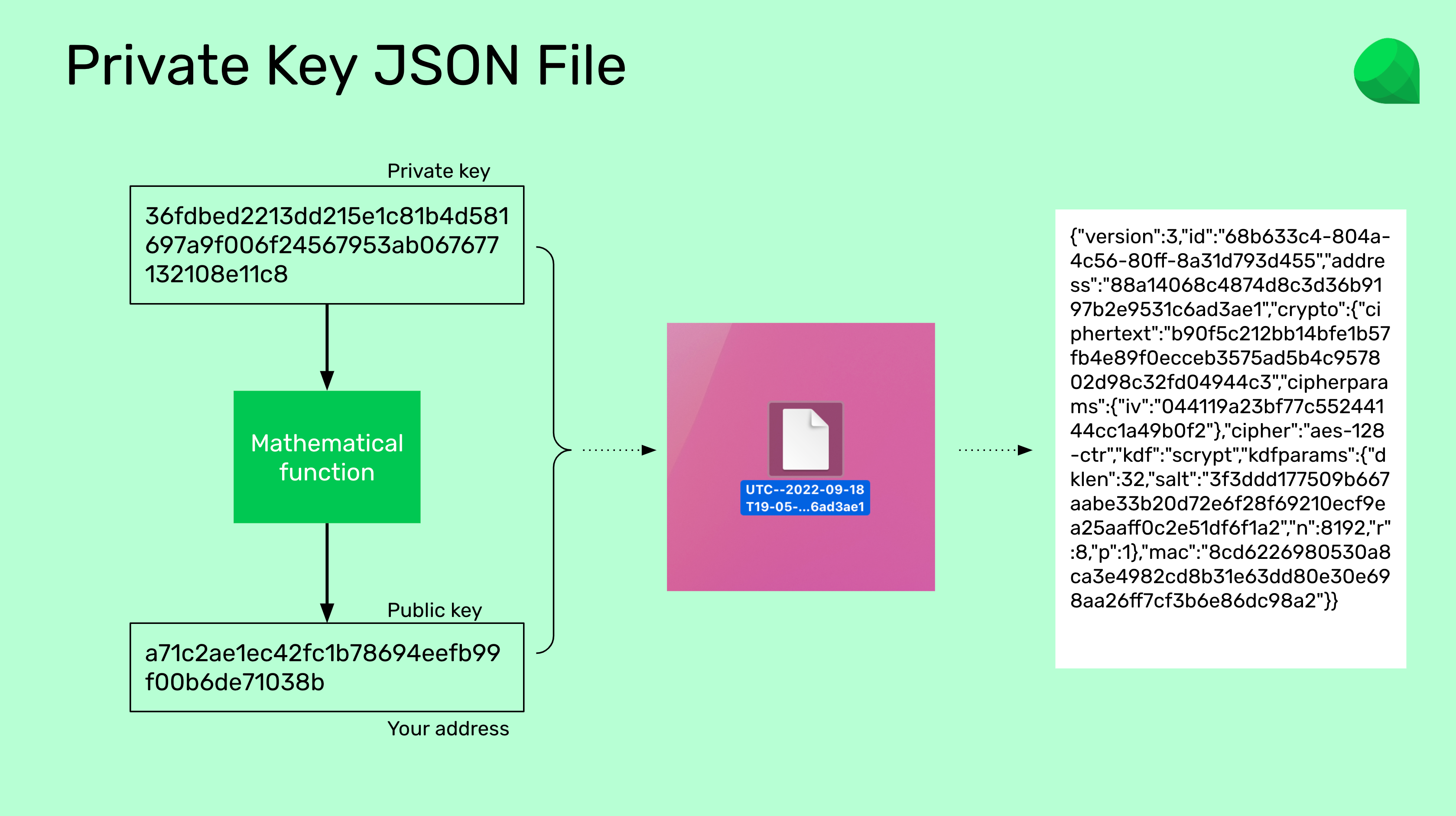 The format of JSON files, which stands for java script object notation files, is used to create files that are used for machine to machine communications, to store private and public key pairs. Usually, the creation of private key JSON files requires users to enter a password that encrypts the information which looks as in the image above. 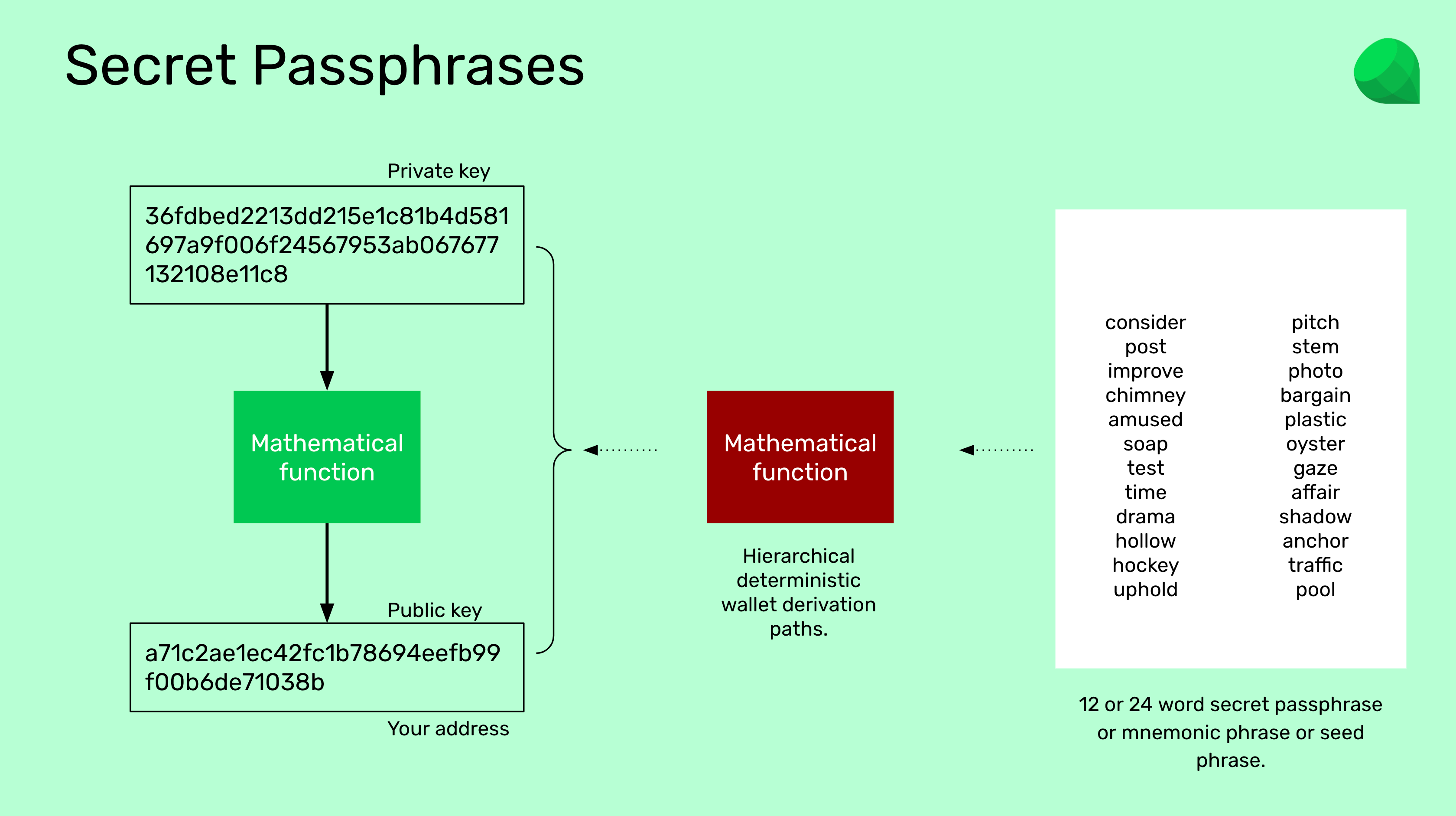 12 or 24 secret passphrases were invented in the blockchain industry to make it easier for humans to store their private keys safely by writing them down or memorizing them more easily.

The secret passphrase technology works in the other direction as with private key JSON files: The process starts with a random set of 12 or 24 words, which must be spelled correctly and entered in the same order, and from there they are passed through a mathematical function that turns them into many pairs of private and public keys.

The cool thing about 12 or 24 words passphrases is that they can be used to create many private key and address pairs, and they may be used for several blockchains such as Bitcoin, Ethereum, and Ethereum Classic, all with the same set of 12 or 24 words.

How to Import Your Trust Wallet Into Emerald

How to Import Your MetaMask Wallet Into Emerald