Emerald Blockchain Course: 4. What Is Bitcoin?

In the following sections we will explain what is Bitcoin, from its creator, Satoshi Nakamoto, to how it works, and the importance of proof of work as a consensus mechanism.

1. Who is Satoshi Nakamoto.

Satoshi Nakamoto is very likely part of the Cypherpunk movement, who we described in previous classes. 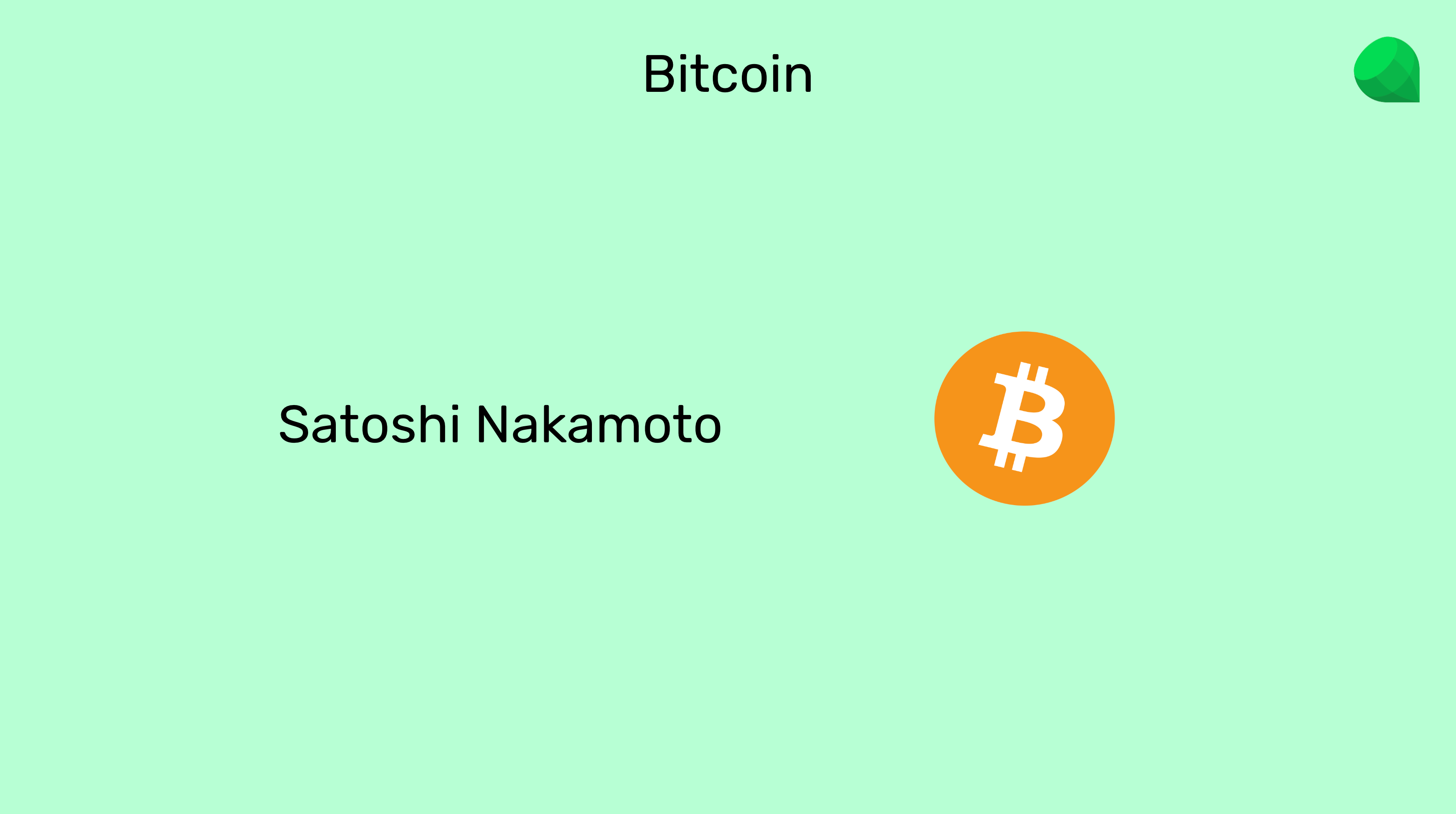 It was very common for Cypherpunks to use pseudonyms, so it would be no surprise if his name is a pseudonym. This was a common practice because in the 80s and 90s the US government considered the cryptography they were working on as a national security issue, and a lot of pressure was put on Cypherpunks to not publish or to share their inventions only with the government.

Satoshi Nakamoto published the Bitcoin white paper in October of 2008 and launched the network in January of 2009.

2. Bitcoin is a ledger with accounts and balances.

Bitcoin is, in essence, a very simple product. It is a basic ledger with accounts and balances. Nothing more. 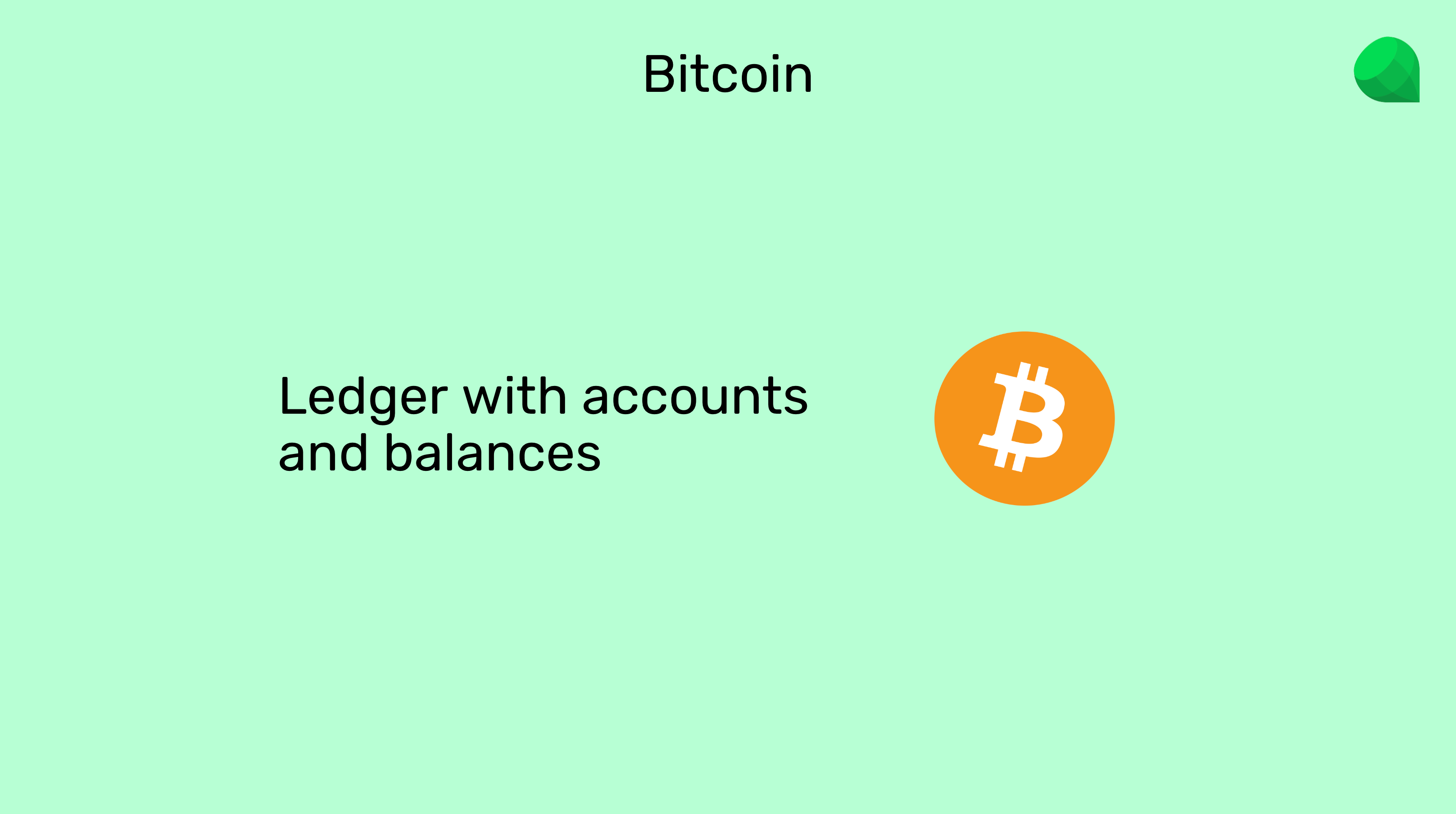 The Bitcoin network is, in itself, a global peer-to-peer network of computers with more or less 50,000 to 100,000 machines participating in it.

These participating machines are called nodes and are constantly receiving new transactions to move bitcoins (BTC) from account to account.

The way the Bitcoin network of computers processes new transactions is that when one of the nodes receives a transaction, it will immediately transmit it to the rest of the network. In a matter of milliseconds, all the machines in the network will have received the data of the transaction. 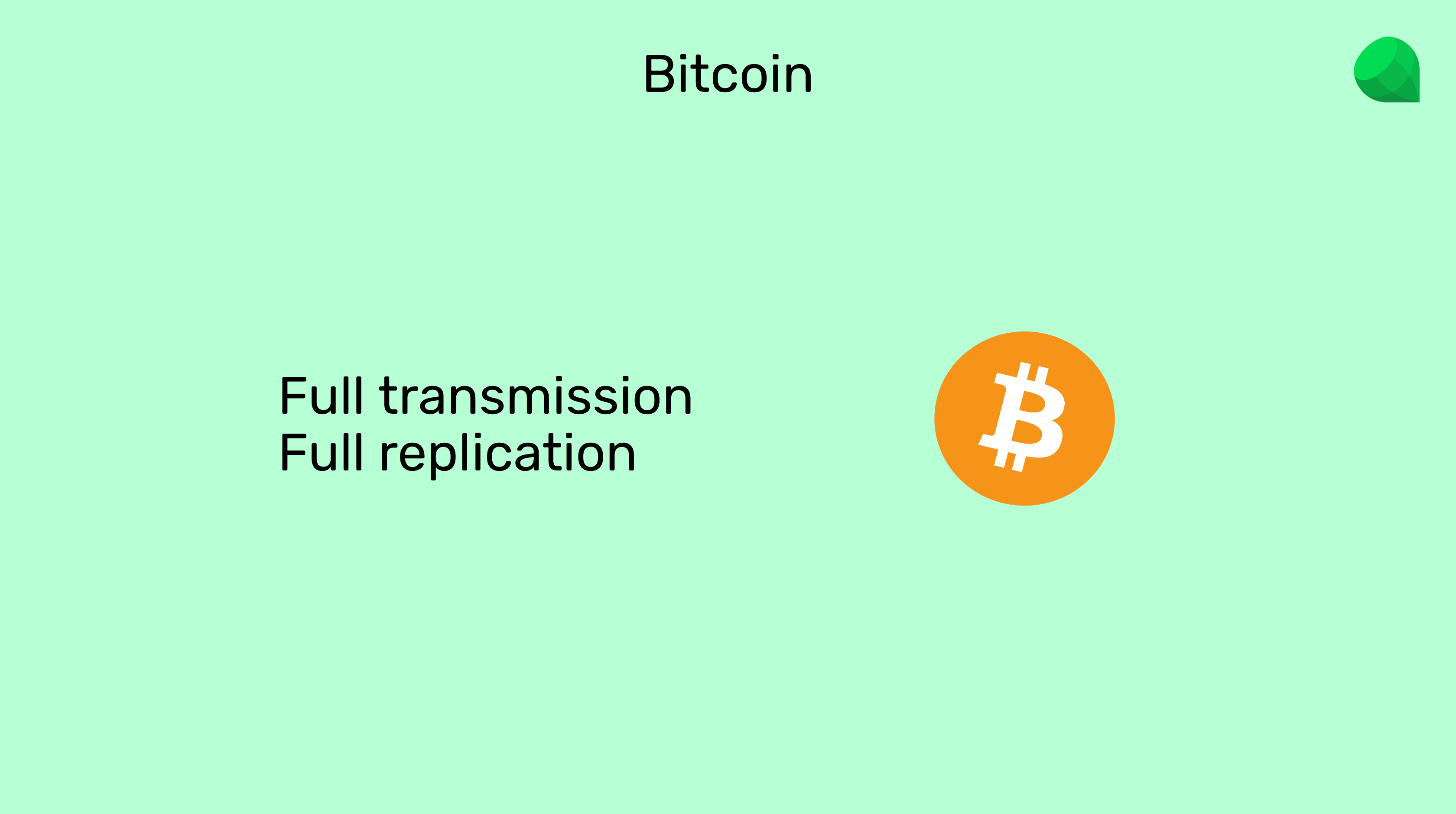 Because all machines receive all transaction data from the network, this means that there is full replication of 100% of the information in Bitcoin. All machines have exactly the same copy of all the data.

4. Transactions are added in blocks every 10 minutes.

As the network receives new transactions, there is a subgroup of the machines in the network that are called miners (as an analogy of gold miners in the real world) who gather transactions every 10 minutes and perform a lot of work to generate a cryptographic stamp called a proof of work. 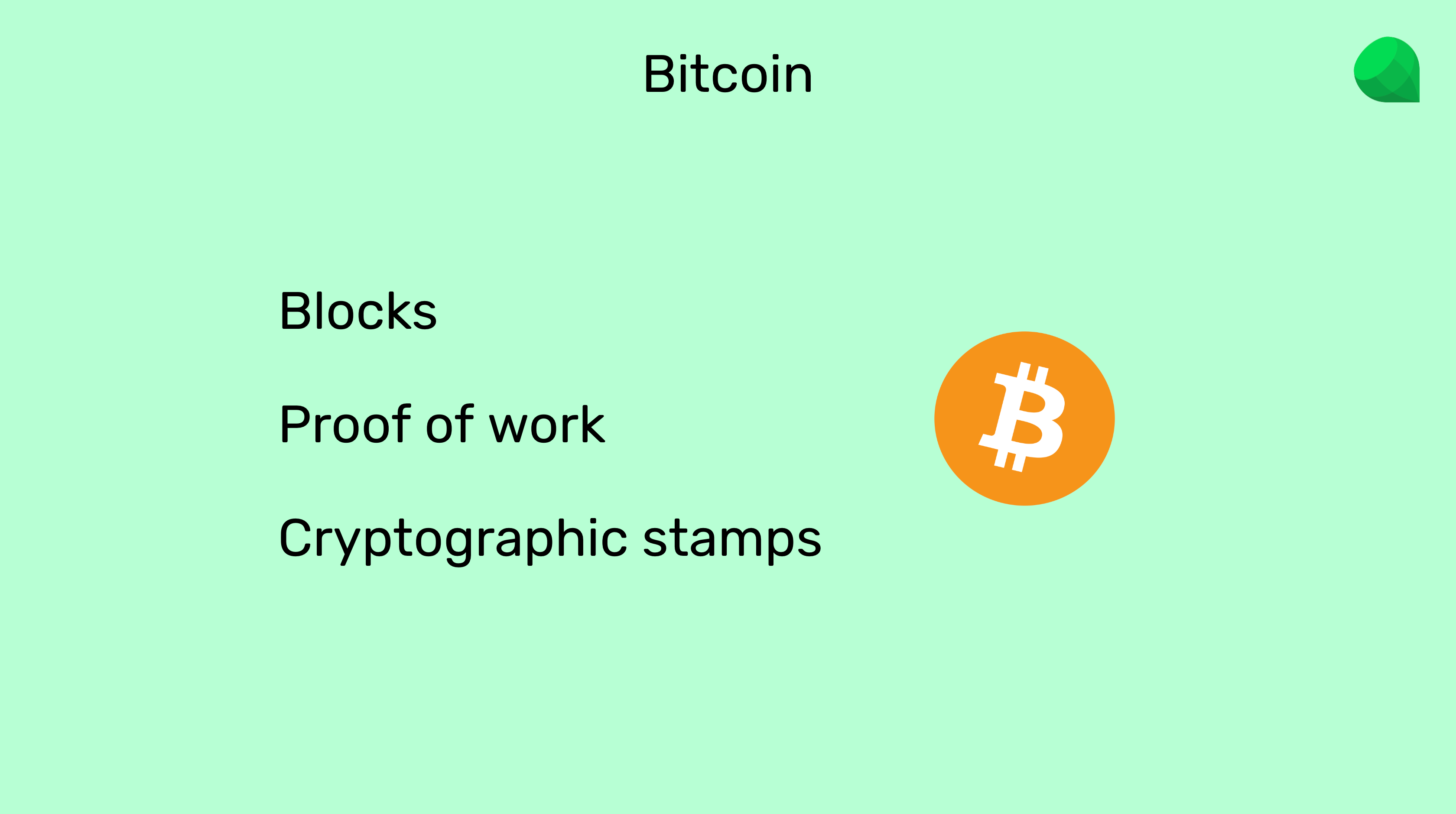 When they generate this cryptographic stamp; which requires a lot of computational work, consumption of electricity, and capital in computers and data centers; they attach it to the transactions to form what is called a block and send it to the rest of the network for verification.

When the non-miner nodes in the network receive the block of transactions, which is also replicated in 100% of the participating machines, they verify that the transactions are correct and that the cryptographic stamp is genuine in the sense that the miners did, indeed, perform a huge amount of work to produce it.

Once this is verified, then they add it to the database as the last block of new transactions to the ledger. This is why the networks is called a chain of blocks, block chain, or blockchain for short.

When the network confirms that a block is correct and adds it to the database, they credit an arbitrary number of bitcoins in the account of the miner who produced it. This system and way of issuing new bitcoins was set in stone in the protocol since the beginning of the existence of network. 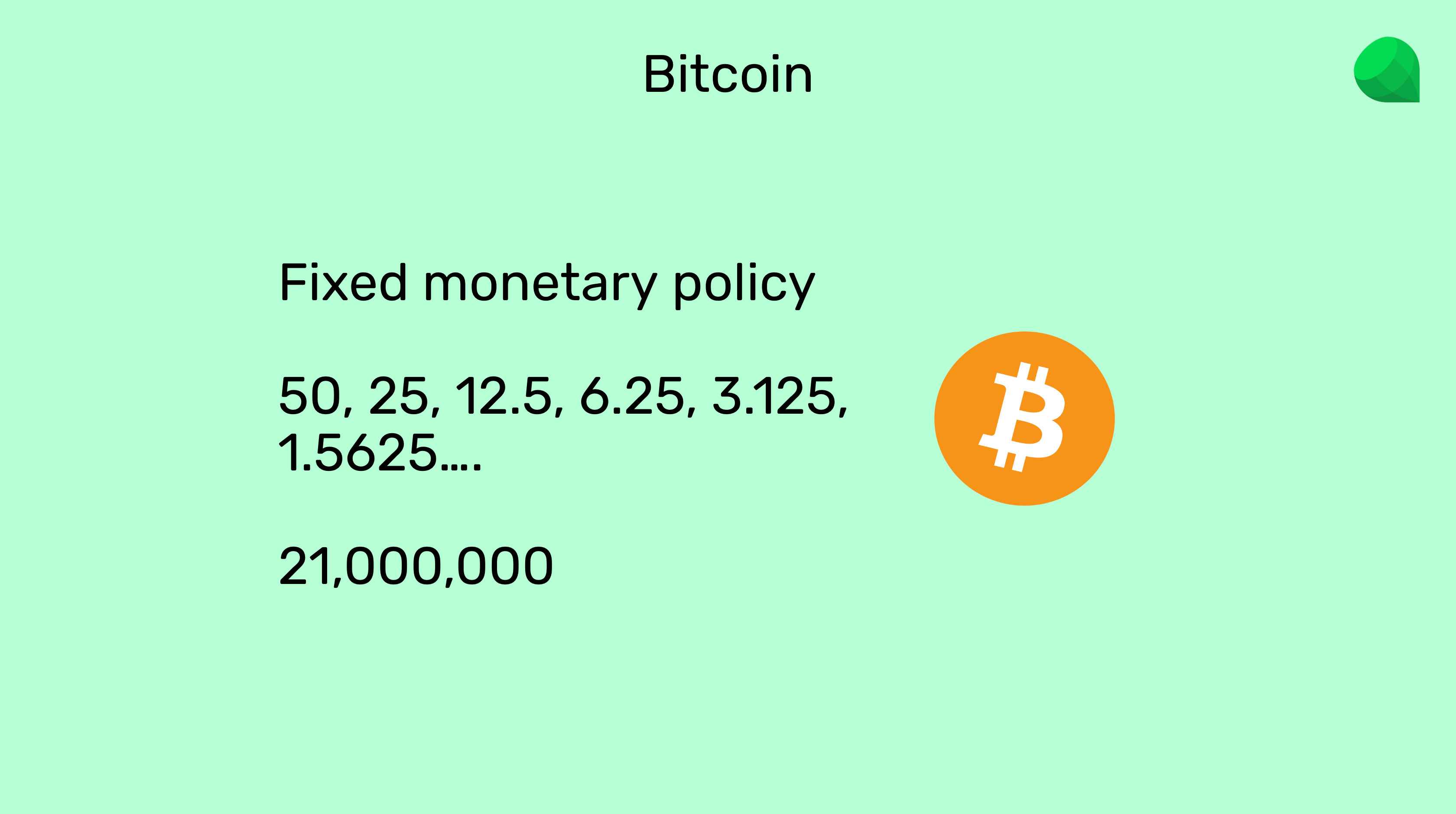 In the first 4 years, Bitcoin paid miners to produce blocks every 10 minutes 50 BTC per block. In the next 4 years it paid half of that, or 25 Bitcoins per block. In the 3rd period it paid 12.50 BTC, and since 2020 it has been paying 6.25 bitcoins per block. This schedule of reducing by 1/2 the payment to miners is called the "halving" and will continue until the payment diminishes completely by more or less the year 2130.

The result of this schedule is that there will only be 21,000,000 bitcoins ever issued.

6. The enormous benefits of proof of work.

The first benefit of the proof of work based system described above is that the cost of creating blocks equals the cost of creating the money. This gives Bitcoin the same qualities as gold in the real world, therefore its qualities of scarcity and monetary value. This is why Bitcoin is called "digital gold". 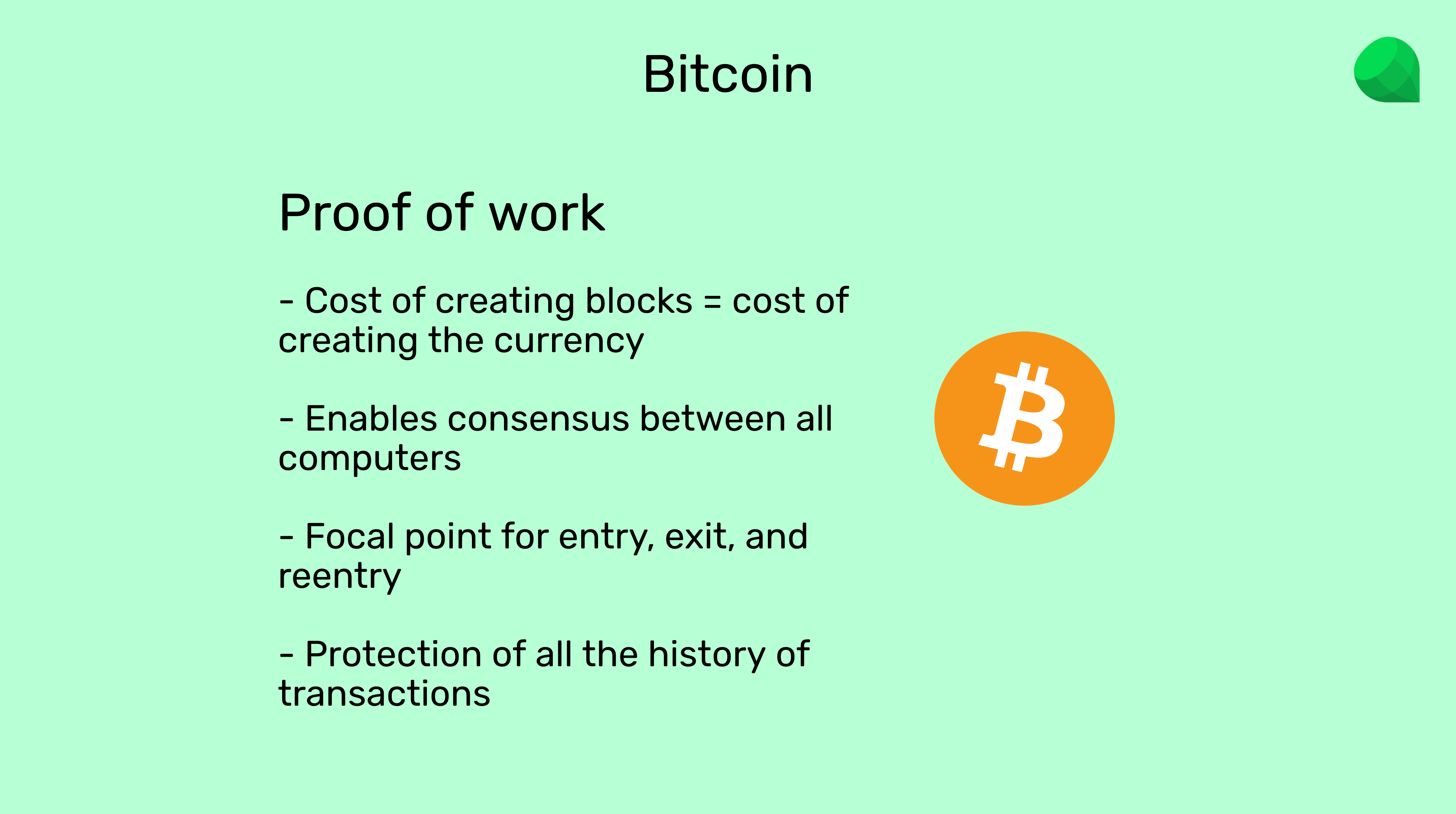 The second benefit, which is the most important discovery by Satoshi Nakamoto, is that the proofs of work or cryptographic stamps enable consensus between all the computers in the network in a decentralized manner. This is because when all computers receive the next block, just by verifying the cryptographic stamp, they know it is the correct block.

The reason they may be sure a block is correct or "honest" is that if an attacker were sending fraudulent blocks, it would be extremely difficult for him to mimmic the computing power of Bitcoin, thus its cryptographic stamp would fail the verification process and be rejected.

The third benefit, which is related to the proofs of work as well, is that all the participants in the network, and anyone in the world for that matter, can enter, exit, and re-enter the network whenever they want without permission and without having to check which is the latest and correct version of the blockchain with any third party. This provides an unprecedented level of decentralization that had never been achieved before.

The forth benefit is that the cryptographic stamps are cumulative. This means that to change or delete a past block with transactions, any attacker would have to re-do all the proof of work again from the block he wants to attack to the present. This poses such a cost that it is extremely difficult to perform.

All the parts of the design of Bitcoin described in this article together are called Nakamoto Consensus. 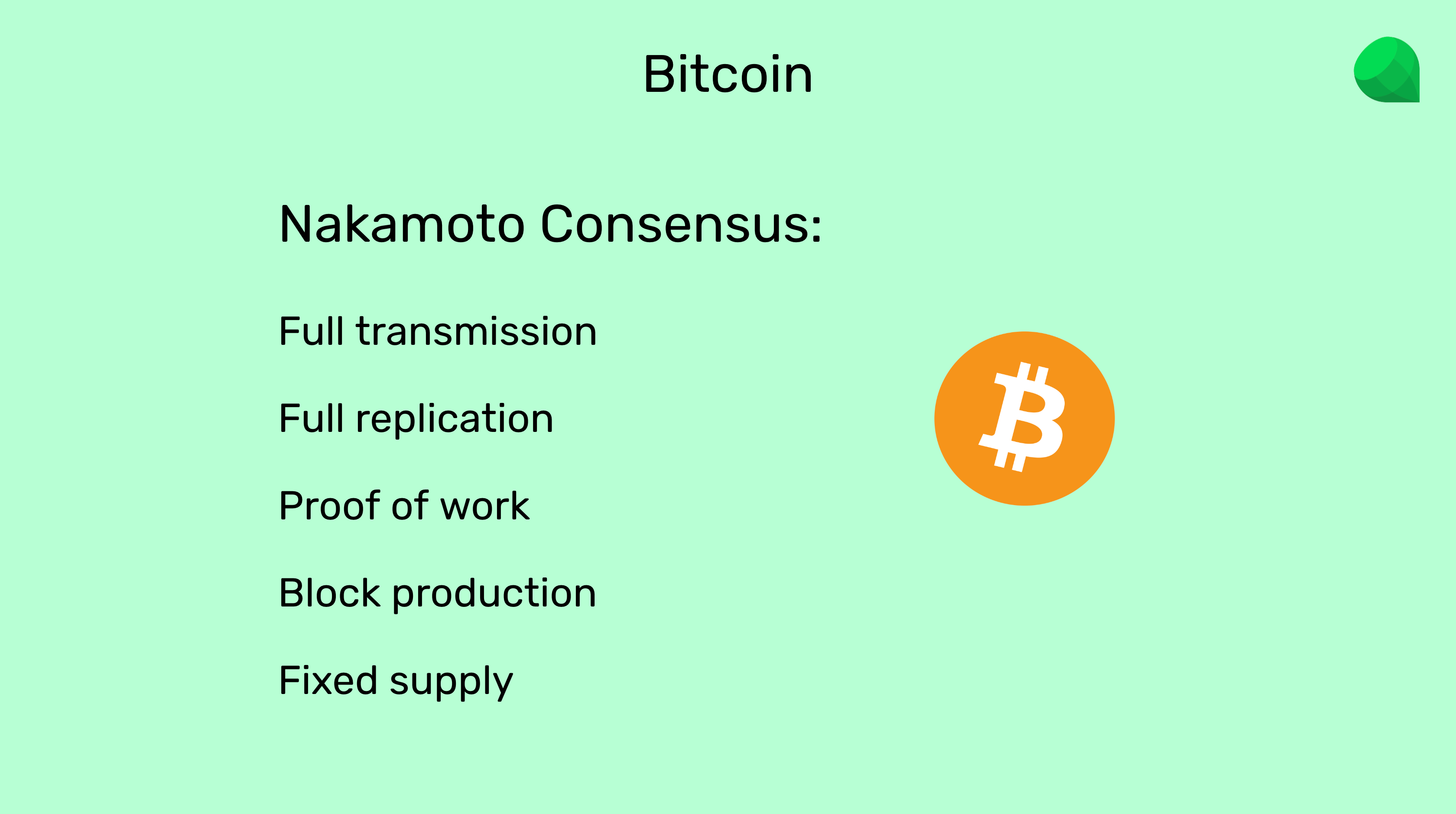 Nakamoto Consensus is an invention comparable to the printing press or the steam engine. It is the technology that will likely power a better form of money for humanity.

8. What does it accomplish?

As explained above, Bitcoin accomplishes a level of decentralization in computing systems never seen before. This means that a great degree of trust minimization is accomplished and thus security. 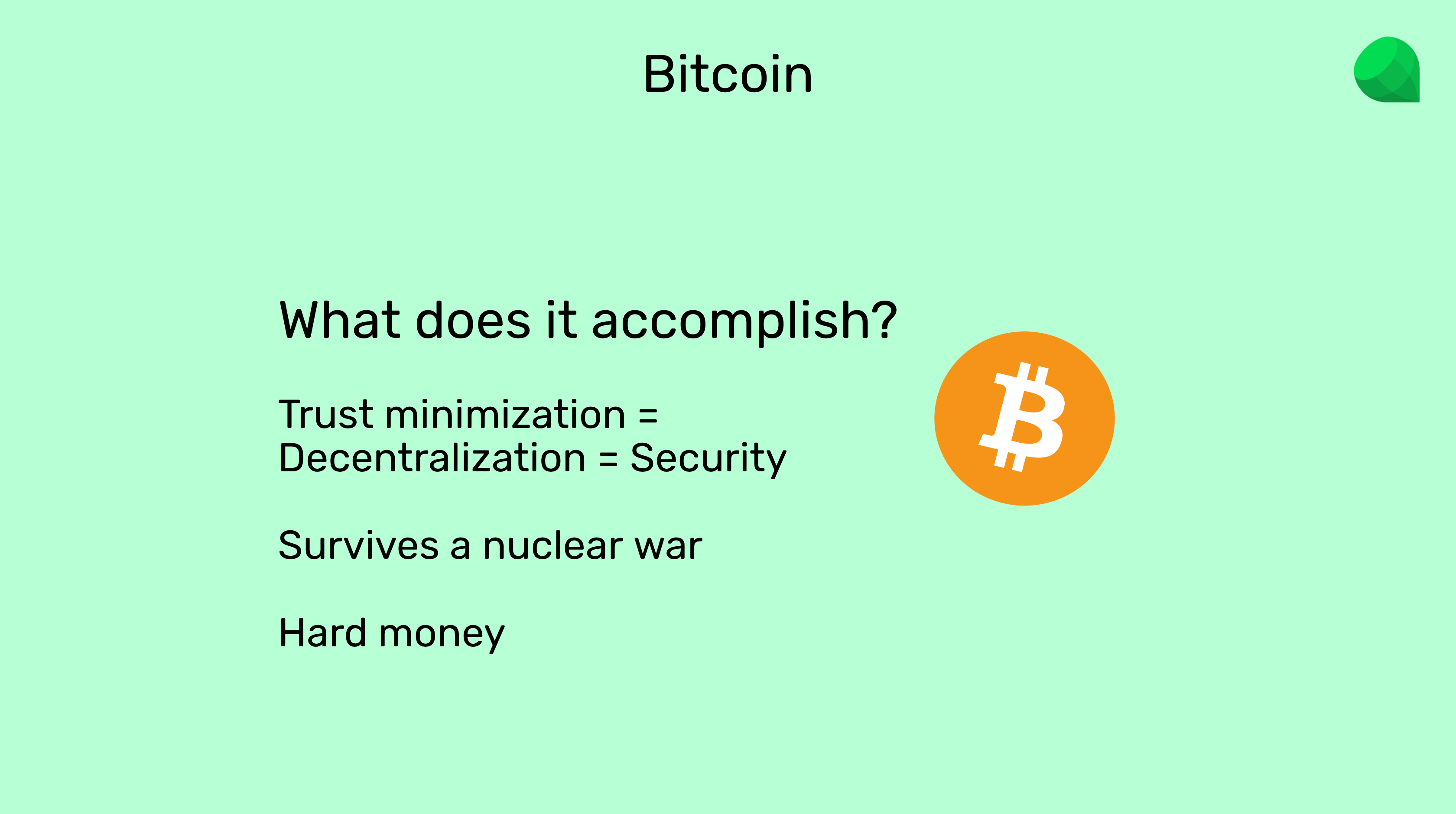 Many people use the analogy that Bitcoin may survive a nuclear war. This is because its method of full replication of the database provides a great degree of redundancy. Therefore, if large parts of the network were to go offline, the rest of the network would continue producing blocks until the rest may reconnect again.

The long sought goal of the Cypherpunks was to create hard money for the internet, and, for its qualities of scarcity in the digital world, Bitcoin accomplished this goal.

Emerald Blockchain Course: 5. What Is Ethereum?

How to Add More Ethereum Classic Addresses to an Emerald Wallet