Emerald Blockchain Course: 5. What Is Ethereum?

In the following sections we will explain what is Ethereum, from its creator, Vitalik Buterin, to how it works, and what are decentralized applications or dapps.

1. Who is Vitalik Buterin.

Vitalik Buterin is a young developer who was not part of the Cypherpunk movement. 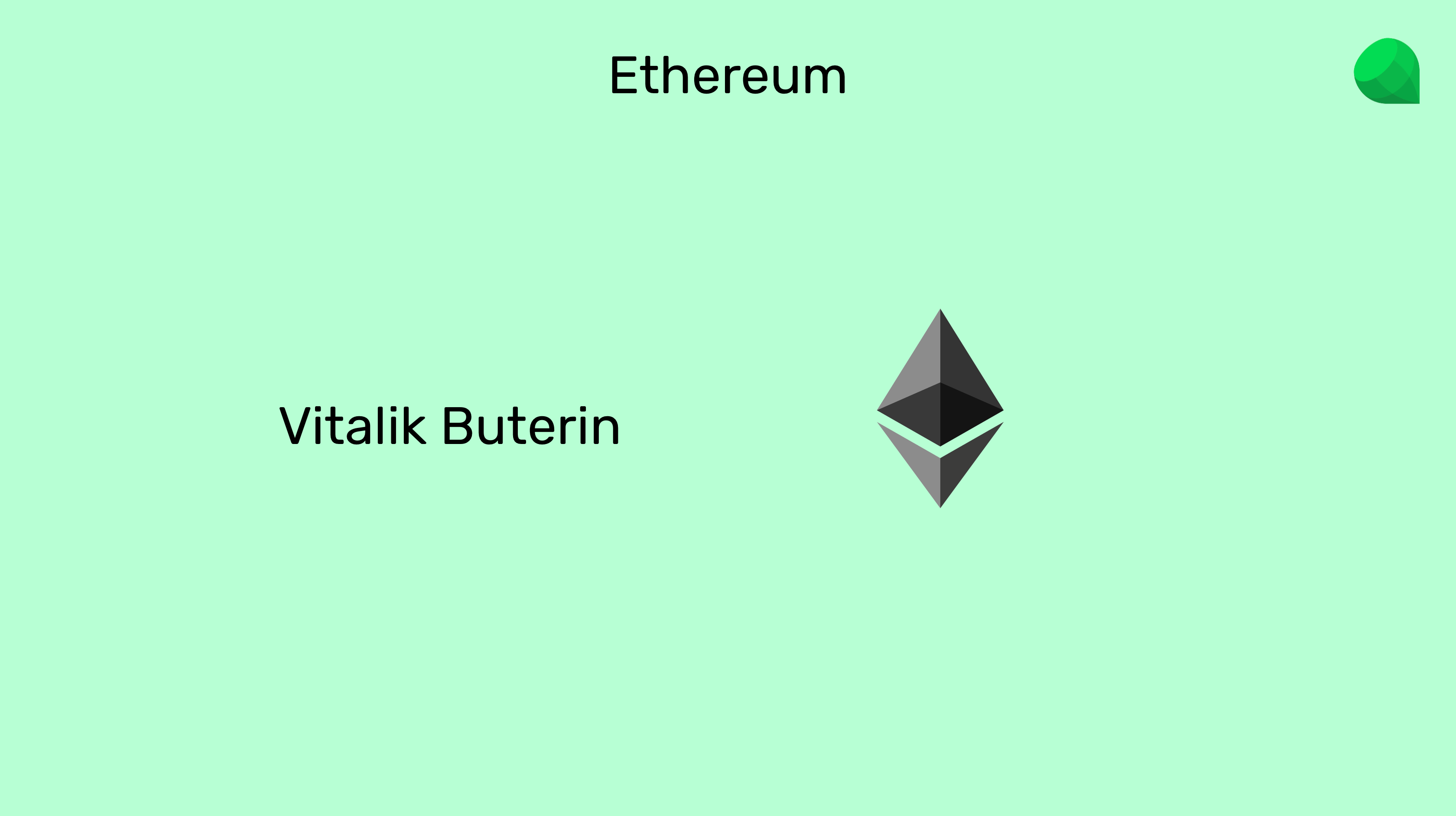 However, he has been part of the Bitcoin movement since very early and was always working on ideas to add smart contracts to Bitcoin.

To add programmability to Bitcoin was technically not feasible, so Vitalik decided to create Ethereum as an independent blockchain in 2013.

2. Ethereum is the same as Bitcoin but adds programmability.

At the base, Ethereum is the same as Bitcoin in the sense that it has a ledger with accounts and balances and uses the proof of work based Nakamoto Consensus model for consensus and security. 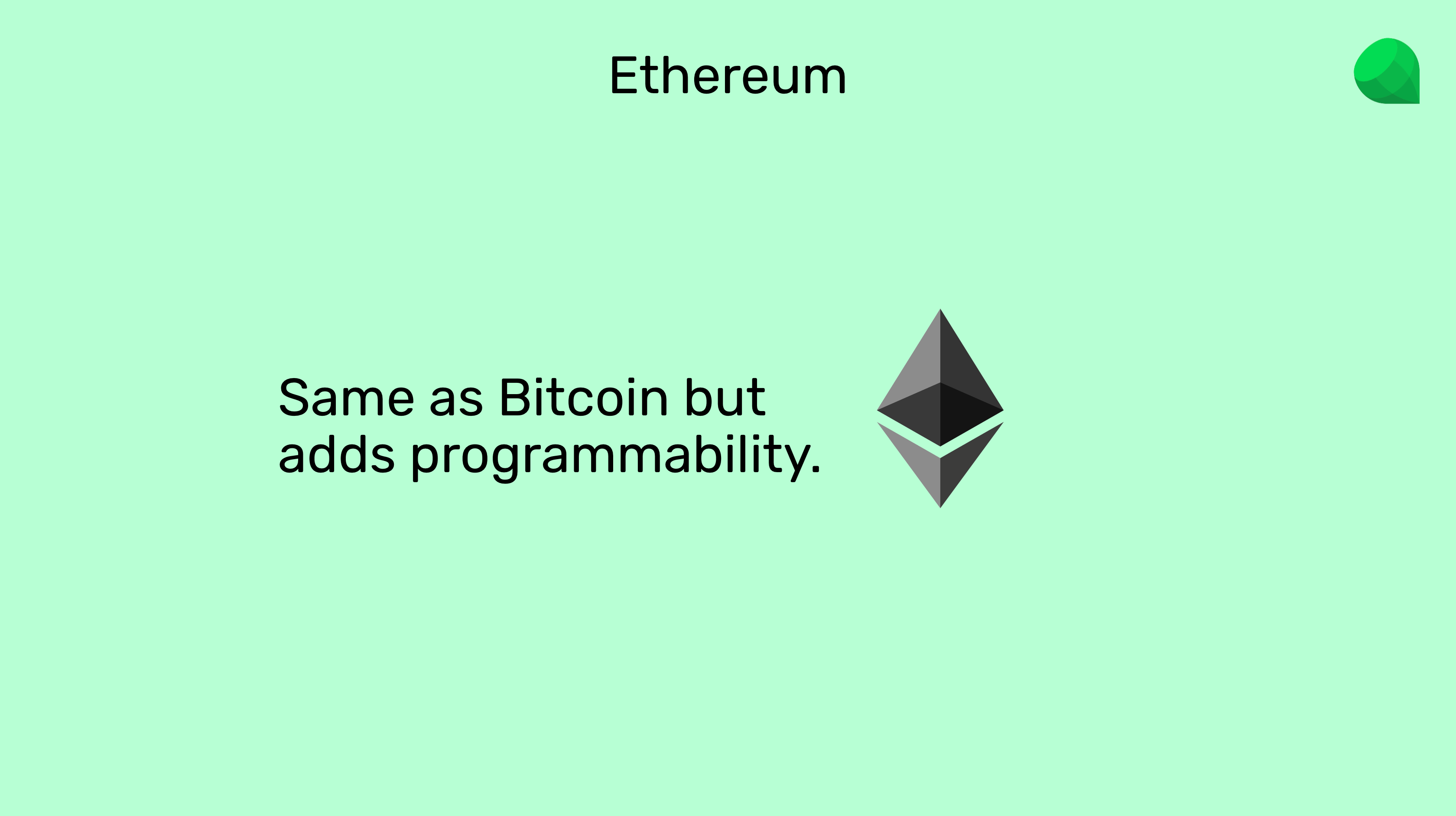 The difference is that Buterin added programmability to Ethereum, which enables smart contracts, one of the major goals of the Cypherpunk movement.

In terms of how the Ethereum cryptocurrency (ether or ETH) works, it has no fixed monetary policy as Bitcoin does. 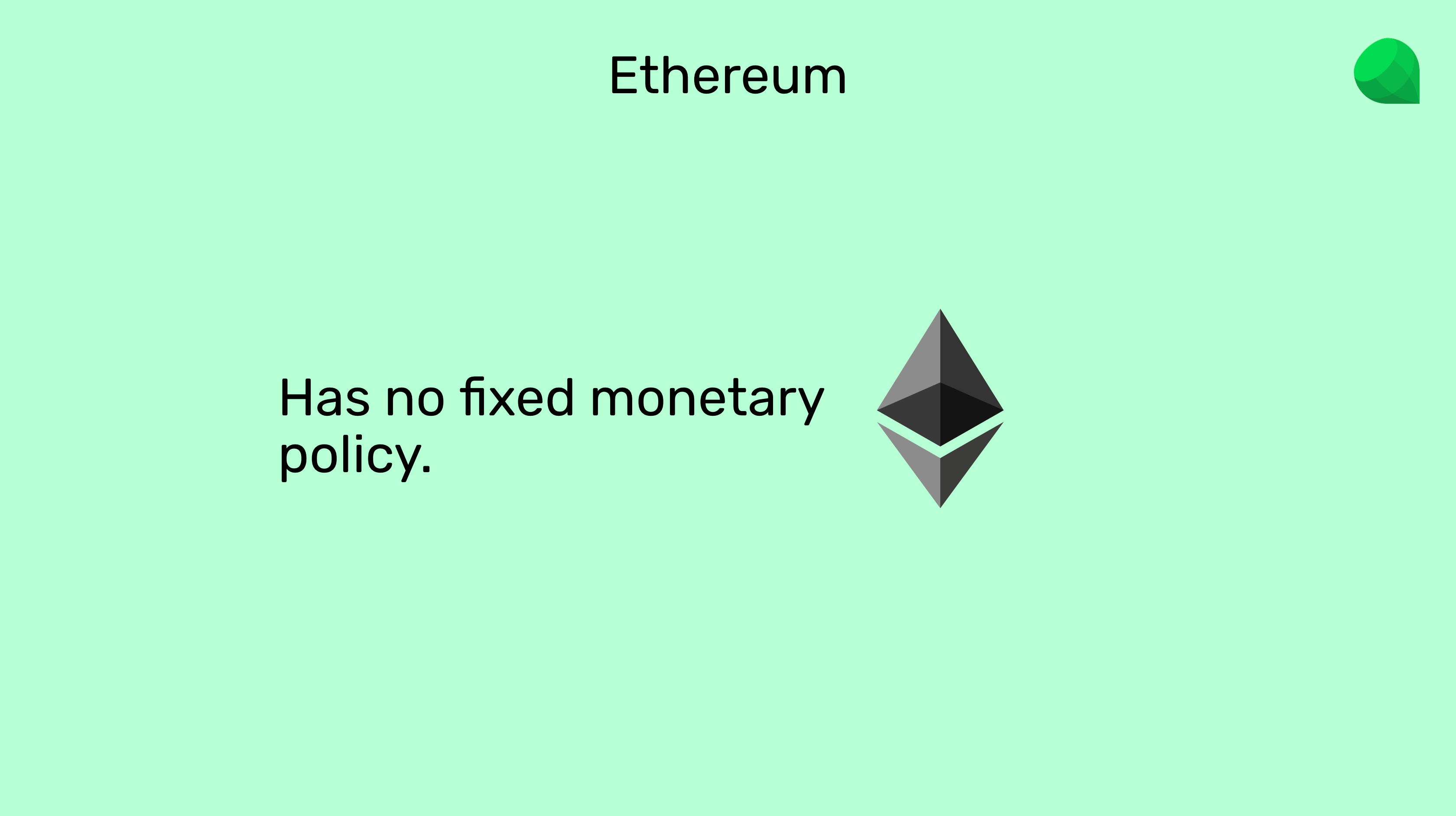 Since the beginning, the Ethereum developers have been flexible in changing the monetary supply of the network several times whenever they saw fit. They have also expressed they will continue doing these adjustments, if necessary, in the future.

4. It can store software programmes in its ledger.

The key difference between Ethereum and Bitcoin is that Ethereum can store software programmes in its ledger. 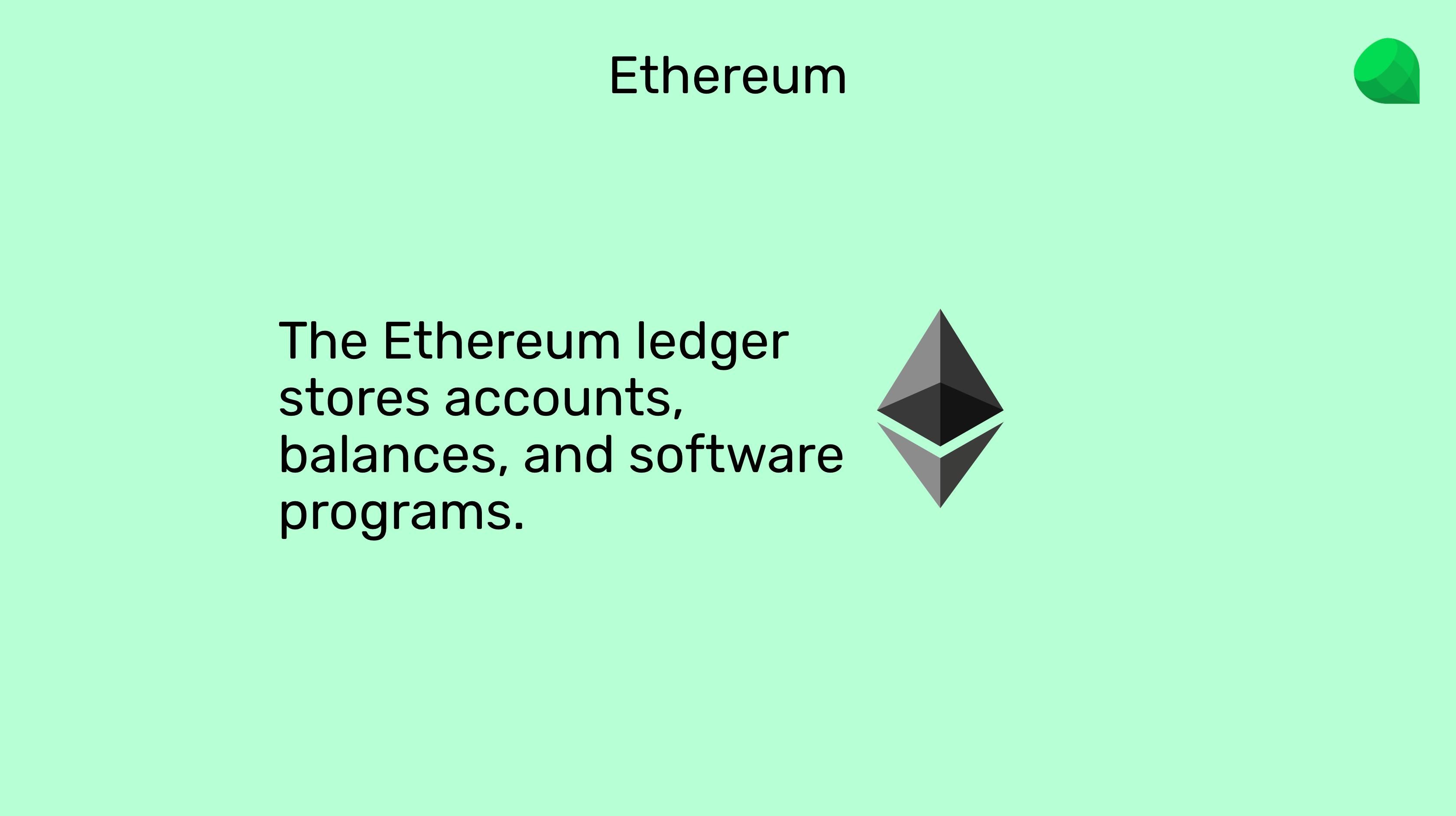 So, Ethereum is a database, or blockchain, that stores accounts and balances just as Bitcoin, but also can store smart contracts. 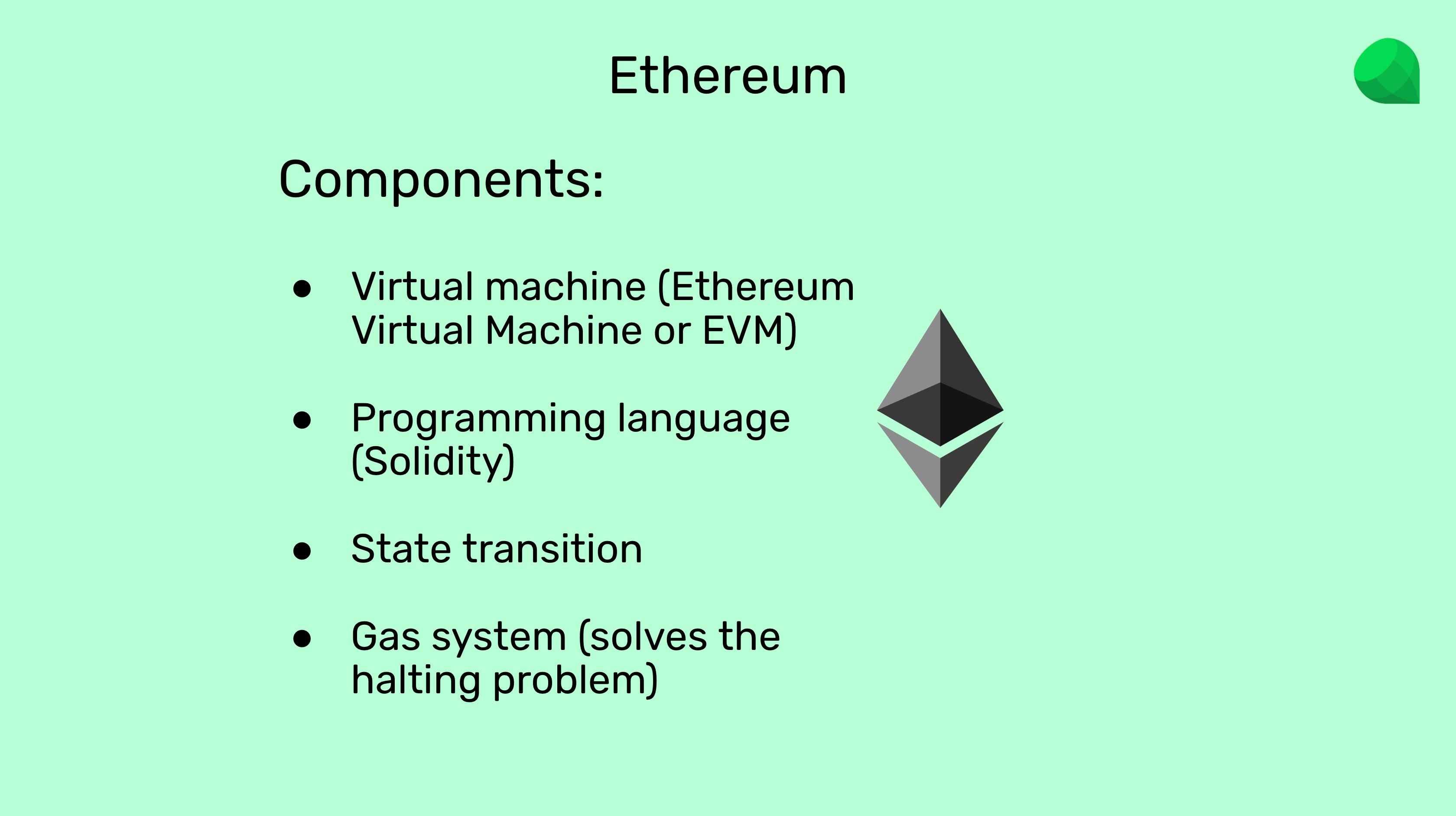 5.1. The Ethereum Virtual Machine (EVM): The EVM is a piece of software that can execute computing operations in a similar way as normal computers. The EVM is replicated in all the machines that are part of the Ethereum peer-to-peer network.

5.4. The gas system: Because many times computers get stuck when executing a programme, the gas system was added to Ethereum. In normal settings, when programmes get stuck, people just reboot their computers or turn off the apps and start them again. But, because in a decentralized blockchain that would require coordination and thus centralization, this way of solving the problem was not feasible. The gas system basically adds a gas maximum amount that the network must use to execute each transaction, and if the gas is used but the transaction could not be executed, then all machines in the network just return the transaction fees to the sender and send them a message saying the transaction was not executed. This solved what is called "the hating problem" in computer science.

With the components described above, Ethereum can store applications. 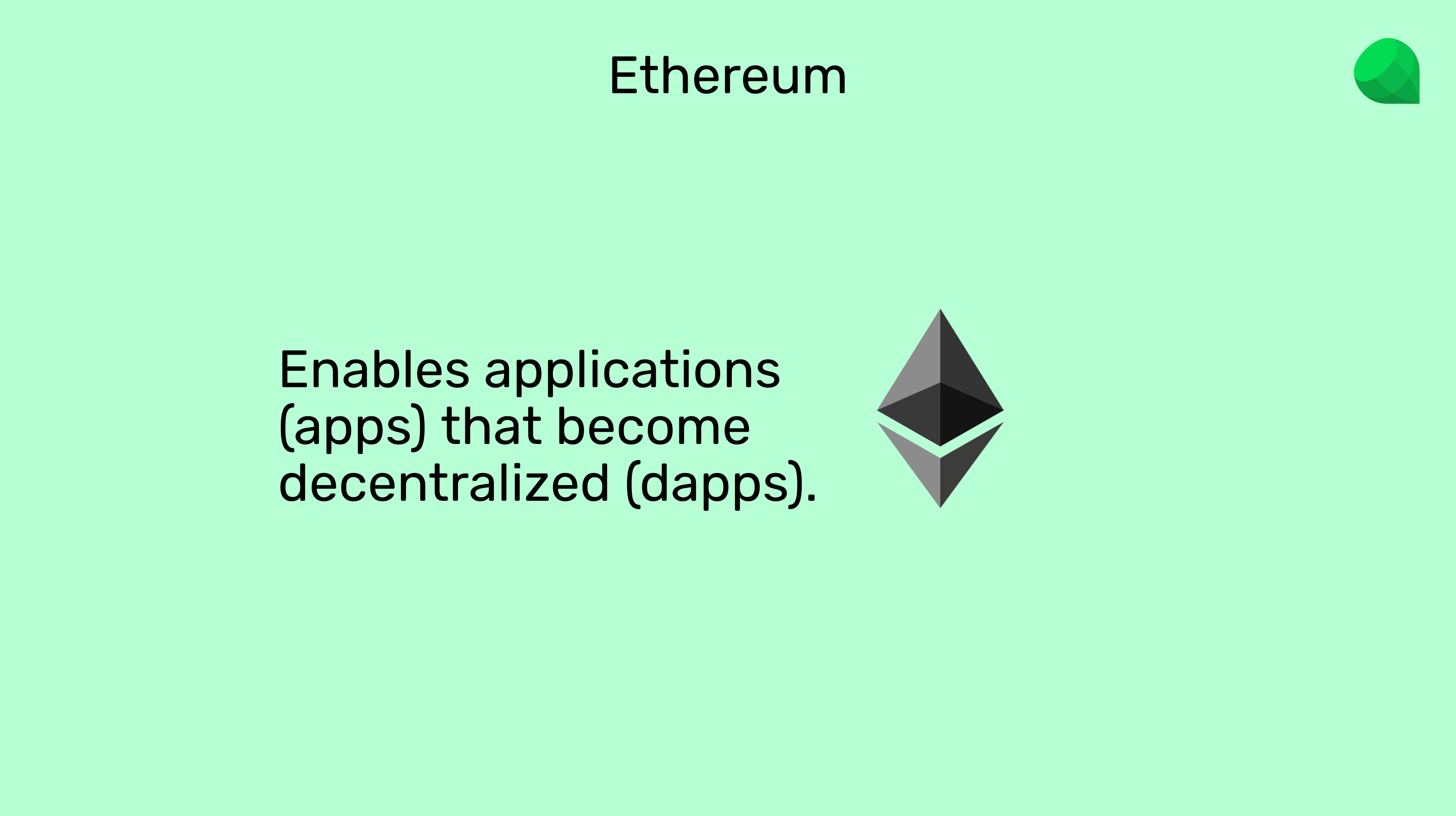 When these software programmes are sent to the network by developers, they are replicated in 100% of the machines that form part of the Ethereum peer-to-peer blockchain. This turns normal applications or apps into what are called "decentralized applications" or dapps.

7. Ethereum is migrating to proof of stake.

One major change that Ethereum will undergo is a substitution of the proof of work Nakamoto Consensus mechanism to the proof of stake system. 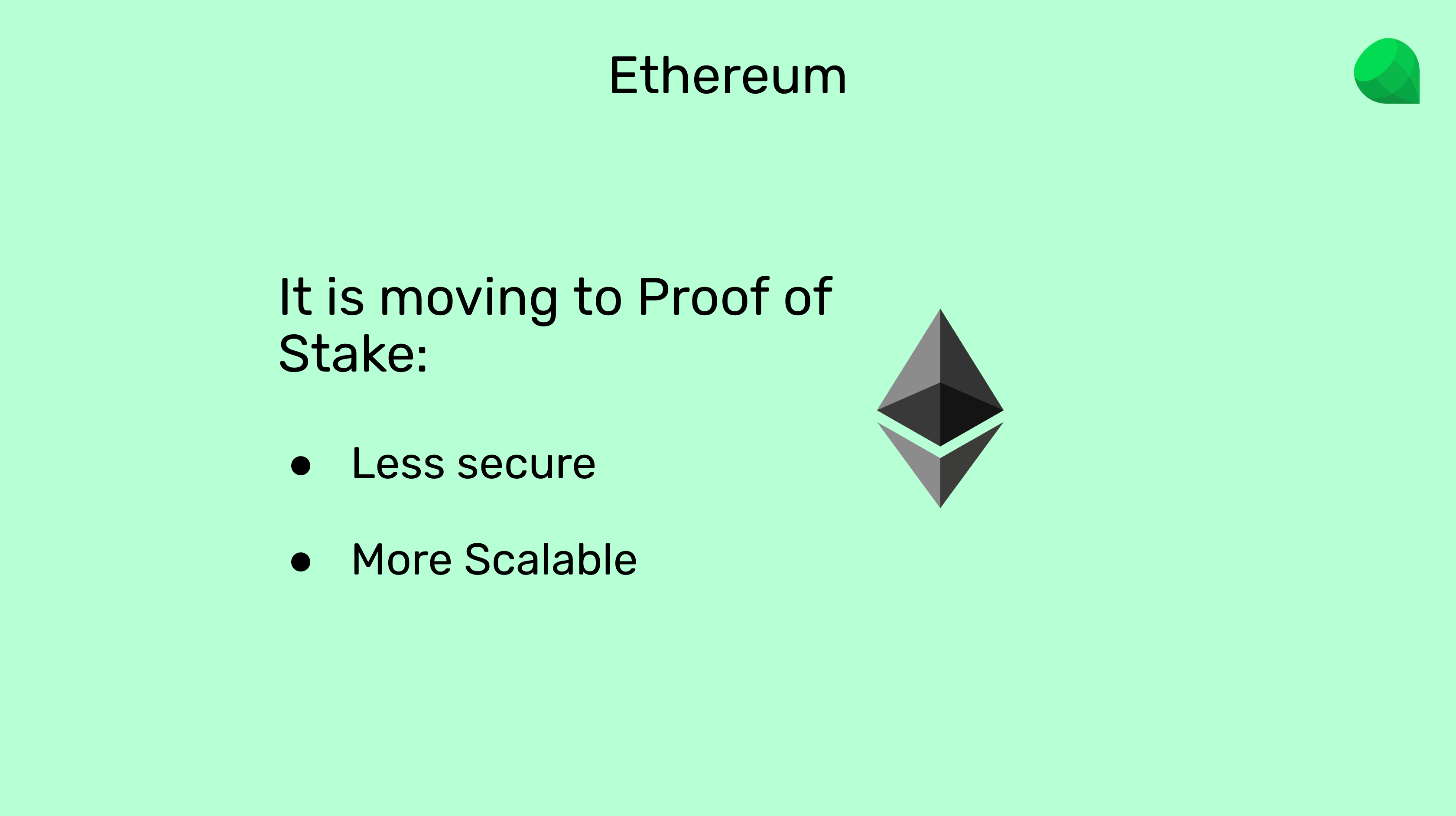 Proof of stake is less secure than proof of work, but it enables more scalability. Because both Bitcoin and Ethereum can process a limited volume of transactions per day, then the Ethereum ecosystem has decided to trade off some security for more transaction volume to compete with the large centralized payments processors, banks, and tech companies.

Emerald Blockchain Course: 4. What Is Bitcoin?